Fed Up With Antibiotics Use Homeopathy

Fed Up With Antibiotics Use Homeopathy

There is a very big problem in the medical world that needs to be addressed immediately.
It doesn’t have to do with rising health care costs, or overworked doctors…
It has to do with the widespread abuse of prescribing antibiotics for any number of health ailments.
Antibiotics – which are used to treat the nasty bacteria that make us sick – are an important weapon in your doctor’s arsenal for treating infectious bacteria.
However, the World Health Organization (WHO) recently released a report detailing the dangers associated with antibiotic resistance.
And guess what?  It’s not just this country that has the problem – it’s the entire global medical system.
What does this danger pose for you?
The Danger of Antibiotic Resistance
Antibiotics are an interesting group of medications, however, they tend to be over prescribed and toxic. They must be utilized as a last option, not the first. The use of Homeopathy as a possible alternative to Antibiotics would be more favorable, harmless and cost-effective. I hope this piece of writing will provide information on how to avoid unnecessary use of Antibiotics. I have repeatedly experienced in my practice that all types of infections, including the bacterial respond brilliantly to natural and safe Homeopathic remedies, and Antibiotics are not needed for most of the infections. It is in rare cases, when the infection is widespread and the body has lost the strength to recuperate, Antibiotics may be justified in addition to Homeopathy. 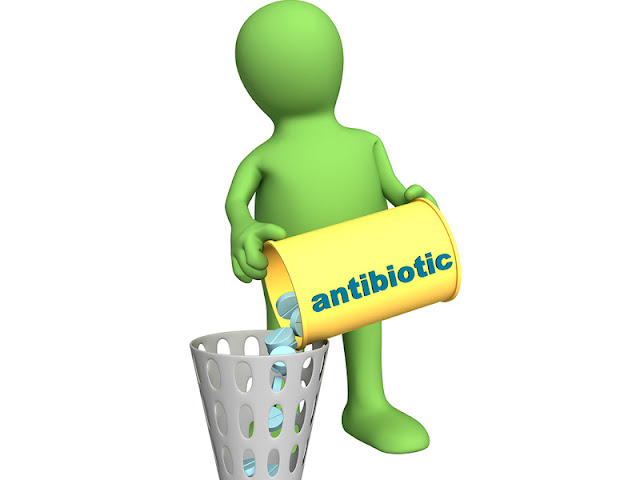 Your child is restless all night with a sore throat, cough and fever. You rush your child to the Doctor next morning and the Doctor prescribes an Antibiotic. A few days later, your child is well again. Actually, was it the Antibiotic that helped or did the ailment merely run its course? In another scenario, you have a sinus infection or a bladder infection, and you are prescribed an Antibiotic, after you discontinue the Antibiotic, your symptoms come back, and your Doctor recommends another course of a stronger Antibiotic. Before you recognize, you are taking different Antibiotics for extended periods. Antibiotics are the leading prescribed drugs and have become a major part of the treatment modality in modern medicine today.
The word Antibiotic means, "Opposed to life", and Antibiotics are available as broad spectrum as well as specific. Broad spectrum Antibiotics are unable to categorize the good bacteria from those causing infection. Although Antibiotics are operative in eliminating bad bacteria, they also destroy the good bacteria, which is a vital part of our immune system. Good bacteria produce natural Antibiotics, Anticarcinogens and Cholesterol lowering substances and keep our digestive tracts functioning well. Antibiotics only work on bacteria, and not on viruses, fungal or parasitic infections. Several transmuted strains of bacteria, are resilient to Antibiotics and are not influenced by the drugs of the pharmaceutical industry. Centers for Disease Control and Prevention have recommended the use of Antibiotics ONLY when essentially needed, safeguarding it for times when it is the only choice of treatment.
An infection transpires from exposure to an infectious agent and from the person's lowered vitality, pathogens are not the cause of any disease, but are a co-factor to disease. An Antibiotic or an Anti-viral drug may remove the pathogen, but will not assist in escalating the person's immune system, thereby, increasing chances of re-infection.

Due to side effects with Antibiotics and Antiviral drugs, most people these days are looking at Natural remedies.
Cause of infections:
Homeopathic approach to infections:
Homeopathy is a most successful modus operandi of not just coping with bacteria, but leaving the patient in a healthier state than the one prior to the illness. Homeopathy is a natural system of medicine that utilizes minute doses of carefully selected ingredients made from plants, minerals and many other natural sources, to enhance the body's natural healing processes. Homeopathic remedies have shown a noteworthy outcome in healing people from numerous common and serious infectious diseases. According to the Homeopathic principles, symptoms are a self-protective acclimatization of the human body to fight infection. Hence, Antibiotics should be avoided whenever possible to forestall suppressing symptoms and further sinking the body's innate self-healing ability. The word Homeopathy is derived from two Greek words, "Homeos" which means Similar and "Pathos" which means suffering or disease. Homeopathy works on the principle of "Similars" meaning, "Like cures Like", derived from the Natural Law of Nature, which suggests that a microdose of a substance will heal whatever pattern of symptoms this substances causes in large doses. Unlike any other system of medicine, the remedies used in Homeopathy have been proven on healthy human beings, making Homeopathy a genuine and rational therapy.
Since, symptoms are the way that the body is trying to heal itself, it is logical to use remedies that augment the body's expression, rather than suppress it. In Homeopathy, there is no Antibiotic or Anti viral remedy, because every correctly prescribed Homeopathic remedy has the potential of strengthening a person's immune system that helps to fight any bacterial or viral infection. Homeopathy has several advantages, which make it, a preferred alternative over conventional Antibiotics. It is safe with no side effects, does not suppress the immune system, and does not excel the growth of Candida, as yeast overgrowth is a major side effect of frequent usage of Antibiotics. All Antibiotics have a selective toxicity, and they fail to differentiate between friendly bacteria, such as intestinal flora that is necessary for proper digestion. Antibiotics are also based on a single compound that bacteria can break easily thereby developing resistance to the drug, and the side effects caused by them can be sometimes as or more serious than the disease that they are supposed to treat. Most colds, fevers, and acute ailments are caused by viruses. Antibiotics are ineffective against a viral disease. Although Antibiotics may be needed to control certain infections, they should be administered only when other alternatives fail to work. People, whose immune system is strong, are able to fight acute ailments on their own without the aide of aggressive treatments. Homeopathy not only provides an effective Antibiotic alternative, but also antidotes in cases where an Antibiotic has caused side effects like allergic reactions, headaches, skin lesions, or has affected any internal organs.
Some Homeopathic remedies that are commonly used to treat various infections are given below. These are just a few of the commonly used Homeopathic remedies and are mentioned only to create awareness about the effectiveness of Homeopathic medicines in a variety of infections. It is not advisable to resort to self-medication for any disease.

Aconite: This remedy is indicated for respiratory infection, influenza, sore throat, ear infection, bladder infection when the symptoms are intense and start rapidly. There is high fever, intense thirst, restlessness, and symptoms usually begin after a sudden fright, anger or shock.
Belladonna: This remedy is functional in all types of inflammations and infections, when there is fever with flushed red skin and sensation of heat radiating off the body. The symptoms are worsened by noise, touch, light or jarring motion.
Borax: This remedy is recommended for Candida - yeast infection.
Calcarea Carbonica: This remedy works brilliantly for ear infection, swollen lymph nodes, sore throat, and frequent colds. These patients are easily fatigued and feel chilly easily.
Calendula: This remedy has excellent antibacterial and disinfectant properties. It can be used internally or as a local application for boils, injuries, or any kind of infections.
Graphites: This remedy works competently for all kinds of skin infections.
Hepar Sulph: This remedy is proficient for Bronchial infections and sexually transmitted diseases.
Influenzinum: This remedy can be used to treat and to prevent all types of Flu's including the Swine Flu.
Pulsatilla: This remedy is primarily given for infections in women and children. These patients are thirstless, they feel worse at night, in a warm room and desire open air.
Mercurius Solubilis: This is an exceptional remedy for intestinal infections, Infectious Mononucleosis and sexually transmitted diseases.
Silicea: This remedy is used for Abscesses.

I really Thanks Neepa Sevak for Her wonderful work with this article
Posted by Dr Ajay Yadav at 8:55 PM 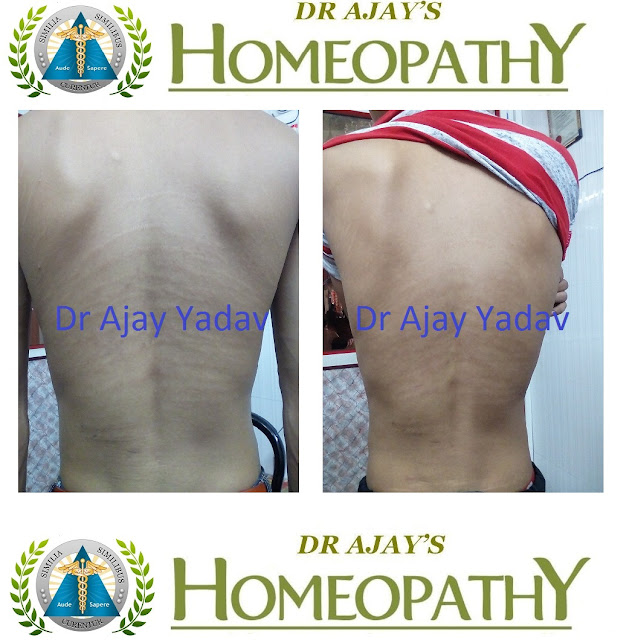